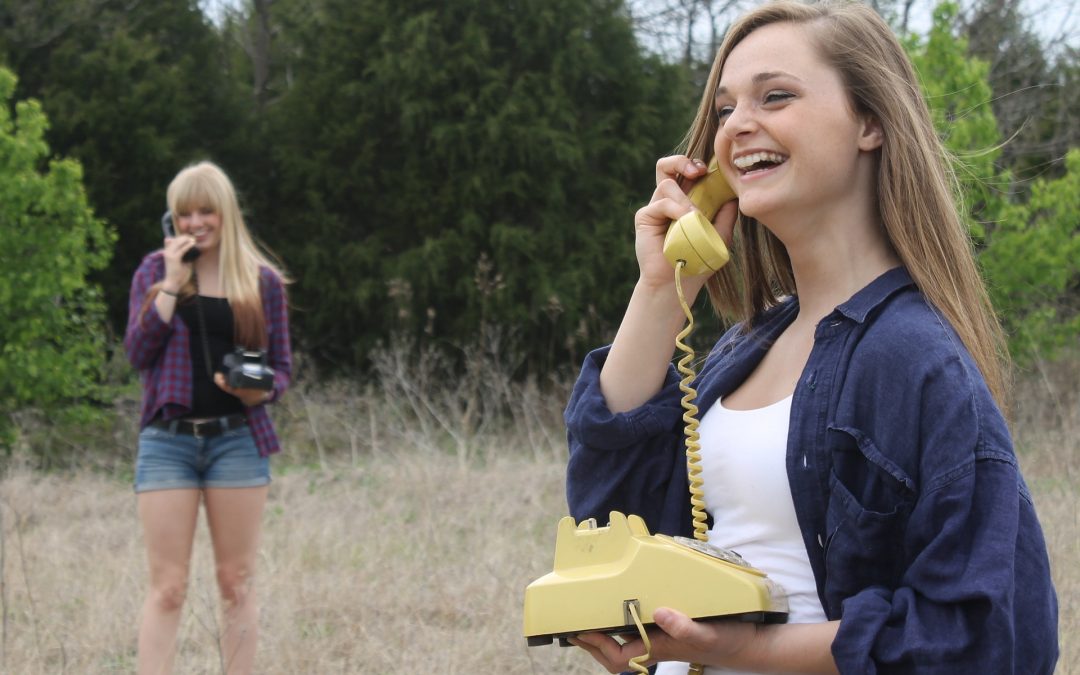 Maybe this is a generation-gap thing, but I’ve noticed that my twenty-something students will do anything to get out of actually making a telephone call to a customer, prospect, or even a service provider. They will readily send a text, reluctantly send an email, but they will not pick up the phone. Ever. Unless I make them.

They will even let a deadline go by, while blaming the other party for not getting back in touch, failing to recognize that they themselves are the ones who need something, not the party on the other end. They act as though people are waiting at work just to hear from and work for them!

How will they survive in the business world without basic phone skills?

Since I was a child, I’ve heard the clichéd truth that people are more afraid of public speaking than dying.

Are we as a culture becoming so obsessed with technology that we no longer know how to look people in the eye and communicate? Can you see the irony of using a “phone” for everything but making phone calls?

My mom is the best cold caller I know. She’s retired now but she was so good at cold calling she lost her job. That’s because she sold the entire inventory her company had available. (It was cemetery plots that time) Seriously, she has sold everything from burglar alarms to siding to charitable donations starting […]

Source: How To Overcome Cold Call Reluctance In Under One Minute (A Trick From My Mom) – Simple Success Plans